In America, 85.6% of adults say that they’ve had alcohol at some point in their lives. While having a casual drink here and it is certainly fine, there is a fine line you might cross that tips it into alcoholism.

Most of us have gone through a partying phase where we admittedly drank much more than we should’ve. So how can you tell if someone’s just a party animal going through a phase or if there’s something more serious at play?

To help you out, here are 7 signs of alcoholism you should know about.

Now, this isn’t necessarily one of the signs of addiction, but it can be an early warning sign. Some people like to relax with a small glass of wine at night, and that’s ok.

However, it’s a red flag if your loved one needs to drink every night. They might complain that they can’t relax nor function without drinking every day, which signals some degree of alcohol dependence.

If they need to drink excessively every night, then that’s a huge red flag.

2. They Always Drink More Than They Intend To

Perhaps your loved one always says, “I’m just going to have 1 drink,” but then it turns into 2, 3, or more. They might actually intend to spend the evening only having 1 or 2 drinks, but it always spirals out of control.

This shows that they have a lack of control and are susceptible to alcohol abuse, especially if they always end up binge drinking.

This doesn’t have to happen every day to be a sign of alcoholism either. Difficulties controlling their drinking on any occasion should be a warning sign.

3. They Lie About Their Drinking Habits

Alcoholics know they have a drinking problem but won’t admit it to either themselves and/or their loved ones. As a result, they’ll lie about their drinking habits in hopes that no one notices how much they actually drink.

To help these lies along, they’ll also be very secretive about their drinking. They’ll drink alone, hide bottles in their homes, and even buy alcohol from different stores to avoid suspicion.

If you confront them about their drinking problem, they’ll often deny they even have a problem.

4. They’re Failing in Carrying Out Responsibilities

As with any addiction, alcoholics will center their lives around drinking. For this reason, everything else will fall to the side, which means they’ll neglect their responsibilities and duties. Not only will their work performance slip (they might be missing more days at work as well), but they’ll also spend all their money on alcohol.

There are some exceptions to this, of course. You might’ve heard of “functional alcoholics,” who are people who can carry on with daily life while keeping their alcoholism on the down-low.

5. Their Relationships Are Failing

In any case, the alcoholic might be isolating themselves to hide their drinking habits. They might not even have the energy to devote towards nurturing and growing relationships.

They’ll turn their backs on people who want to help and point out their drinking issues. Alcoholics usually respond with anger, aggression, or even violence when confronted. Often, they’ll completely break off relationships so they can continue drinking.

6. They Have Withdrawal Symptoms

When someone drinks enough on a regular basis, they’ll go through withdrawal symptoms if they don’t get their next “fix.” Symptoms include:

This is why many alcoholics start drinking in the morning. Otherwise, they’ll have unpleasant withdrawal symptoms and won’t be able to get through the day.

7. They Have Physical Changes

When someone is an alcoholic, it’ll take a toll on their body. This is because their liver just can’t keep up with filtering out toxins, which alcohol is. Eventually, this will lead to an unhealthy appearance.

If someone has a drinking problem, here are some of the physical changes you should watch out for:

Of course, some of these are symptoms of other health problems, so they might not always indicate alcoholism. However, if you notice these physical changes in addition to the other signs on this list, then there’s a very good possibility that the person in question has alcohol dependence.

What to Do If You See the Warning Signs of Alcoholism

Maybe after reading the above, you recognize the symptoms of alcoholism in either yourself or a loved one. Naturally, the next step is to get help. But how should you go about it?

For most people, quitting alcohol on their own is extremely difficult, not to mention dangerous in some cases. Quitting cold turkey when you’re heavily addicted to alcohol can result in serious consequences, even death.

For the best chance at sobriety, you should think about getting into rehab. Places like Hope Rising will help you detox safely and then get you the proper treatment you need. Then afterward, you’ll go through different types of therapies to address your triggers and learn how to deal with them in healthier ways.

While rehab can be an unexpected expense and also takes up a good deal of time, it’s all worth it in the end when you can live a sober life.

Recognize the Key Signs of Alcoholism

Now you know what the key signs of alcoholism are, as well as what to do if you see them in yourself or a loved one.

The key is to take quick action if you recognize the signs you have a drinking problem. It might be difficult to make the decision to get into rehab, but once you move in the right direction to get help, you’ll be glad you did. You’ll be putting yourself on a course to improving your health and relationships.

For more articles like this one on the signs of a drinking problem, make sure you take a look at our other blog posts. 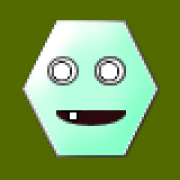 Get the Latest News

You Can Unsubscribe Anytime

How to Reverse Tooth Decay : 5 Things to Do

Stem Cell Therapy for Knees: Can It Help You?